It’s Time to Hunt Nevada: Everything You Need to Know to Get Started

Here at Prime Revolution, we are native Nevadans. As hunters, we take pride in where we live so of course, we hunt our surroundings! We love hunting in Nevada; tracking Rocky Mountain elk through the golden hills with the Sierra Nevadas rising all around is something we can never get enough of. And there are so many types of game to chase!

From mule deer to bighorn sheep to mountain lions, there is no shortage of excitement all around us. Because we live and hunt here, we wanted to share a little about our hunting in Nevada. 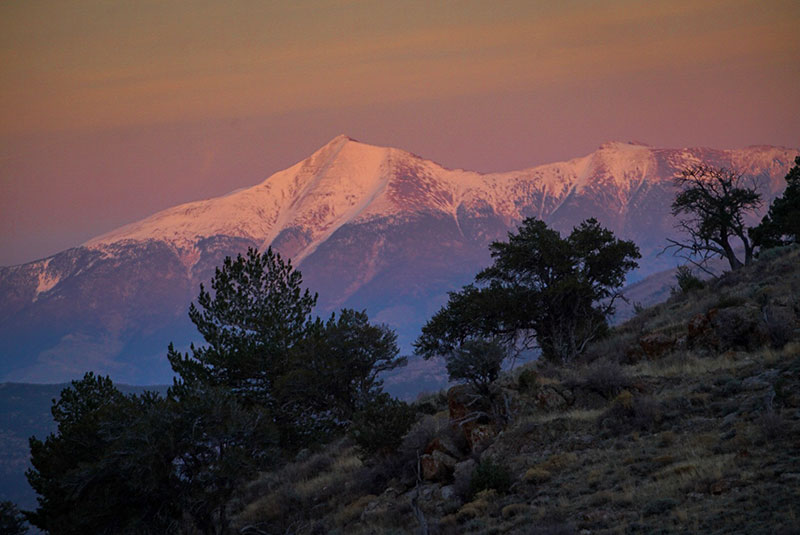 When it comes to hunting in Nevada, you really can’t go wrong. With endless swaths of public land, towering alpine peaks, and low-lying basins, Nevada’s environment is ideal for hunting many different types of game. While most of Nevada is desert, the Sierra Nevada mountain range runs down the western border of California providing an alpine climate and state forests and refuges provide plenty of green space and various elevations.

There are a lot of different types of game to go after in Northern Nevada. And the best part about hunting in Nevada is the amount of public land. You can roam Nevada desert and hills for miles without coming upon private land or even maintained roads. It’s still very much the wild West.

According to the BLM, there are 48 million acres of public land in Nevada. That means 86% of the state’s land is federally owned. While much of the mountainous desert is populated at certain times of the year by herds of wild horses and used by ranchers to graze cattle, there are still incredible hunting opportunities.

Unprotected quarry in Nevada that don’t require licenses to hunt include:

However, if the hunter plans to use or sell the pelts or fur of these unprotected animals, then they will need to obtain a trapping license. 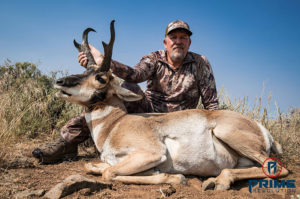 Protected game in Nevada that require hunting licenses include:

Upland game birds and waterfowl which require licenses include:

Federally and state-protected non-game birds that are completely off-limits to hunt include:

The coyote population is thriving in Nevada, like much of the United States. In order to keep the predator numbers down to protect big game in Nevada, the Nevada Department of Wildlife does not regulate coyote hunting. 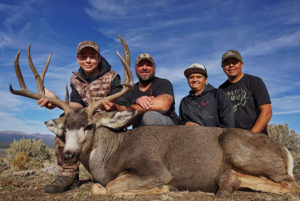 Mule deer abound in the hills and valleys of Nevada. Like elk, hunters enter a tag draw to hunt mule deer in Nevada. Nevada also holds a separate drawing for rifle tags for mule deer. Only outfitters can apply for the guided draw with their permit number. It’s also specifically designed to give nonresidents higher odds to draw a tag prior to the general big game tag draw. This restricted tag draw is broken down by season and by hunting unit.

Though a mule deer tag is considered quite coveted in Nevada, once you have a tag, it can be the hunt of a lifetime. Categorized by enormous racks and delicious meat, muleys are challenging and therefore, rewarding animals to go after.

The sheep population is slowly being rehabilitated in Nevada. Every year the Nevada Department of Wildlife conducts aerial surveys in order to monitor herd health and determine harvest quota. Furthermore, the Sheep Foundation’s annual Sheep Show takes place in Reno, Nevada which is a great opportunity to learn about conservation efforts and get involved in the sheep hunting community.

Nevada is blessed with a large network of lakes, rivers, and ponds that provide anglers with incredible fishing opportunities. From Lake Mead to Lake Tahoe to Lake Pyramid, the Colorado River to the Truckee River to the Humboldt River, there is no shortage of fishing opportunities in the Silver State. In fact, Nevada is home to over 200 lakes and reservoirs and 600 streams and rivers. That’s over 400,000 surface acres of water!

Anglers over 12 with a fishing license can try their cast with the following fish species in Nevada:

Whether it’s fly fishing, with rod and reel, spear, or bow and arrow, an angler has plenty of ways to try to get their trophy fish in Nevada. 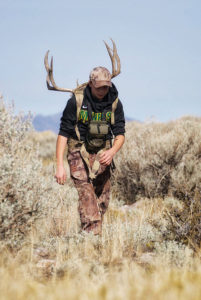 First-time hunters are required by the Nevada Wildlife Department to complete a hunter education course. The next step, depending on what game you are chasing, is to obtain a hunting license. Nevada’s big game tags are obtained by a lottery draw system for hunters over 12 years old. The first draw opens in mid-March with the application deadline in mid-April. The second drawing in June releases any remaining tags, and any other extra tags can be applied for on a first-come, first-served basis.

The more times you enter in the tag draw, the higher your chances are of receiving a tag as bonus points accrue. You can enter the drawing here. The Nevada Department of Wildlife has also put together a list of Top 10 Resources to help hunters decide which tags to apply for.

Hunting seasons rely heavily on the area, type of game, and weapon used, but open season for big game is typically August to February. Applications for tags are usually due in April with drawings in March and another in June.

Small game and upland bird seasons are typically in the fall as well.

The best way to find Nevada’s hunting seasons is to download the Nevada Regulations books for whatever game you are chasing.

Hunters are typically allowed to hunt between sunrise and sunset in Nevada unless otherwise noted. Counties that do not allow night or spotlight hunting include:

According to the Las Vegas Sun, hunters are prohibited from hunting the following locations in Nevada:

Nevada is managed by the Nevada Department of Wildlife with the majority of recreation areas maintained by the federal government. There are only about 35 game wardens in Nevada who regulate hunting, fishing, and boating in the state. Like many other states, Nevada relies on an honor system and for responsible hunters to report violations.

Hunters can report violations via Operation Game Thief to help stop poaching in Nevada. Game wardens must cover huge swaths of land, 109,894 miles to be exact. Not only do they monitor hunting activity but they also have 667 square miles of water to patrol while managing boating regulations. The best way to ensure ethical hunting practices is to call 1-800-992-3030 to report wildlife violations. If the information leads to a conviction, the caller may collect $1,000.

If a hunter is successful on a hunt, they must report their quarry including the animal’s sex, weight, and description via their tag. This is to help monitor populations and adjust tag quotas. If the hunter did not fulfill their tag or use it, they are still required to report this information.

We are in our fourth season here at Prime Revolution. Although we hunt exotic locations around the world, there is nothing we love better than being in our home state. We are two families who hunt together and care about our native land. When we inspire the next generation of hunters and conservationists in Nevada and beyond, we consider our work fulfilled.

Check out some of our episodes hunting Nevada here.