Fishing at Pyramid Lake is as Good as it Gets

Consider this scenario: You are taking a road trip and decide to take a detour through the Paiute Tribe Reservation. As the Carson desert stretches far and wide over the horizon, a glittering blue lake appears with rising peaks and strange towers dotting the shores. It’s eerily beautiful. As you get closer, you see all these anglers perched up high on…what are those? Ladders? You have arrived at Pyramid Lake, one of the most unique and renowned fishing spots in the country.

Are you ready to catch some big fish? 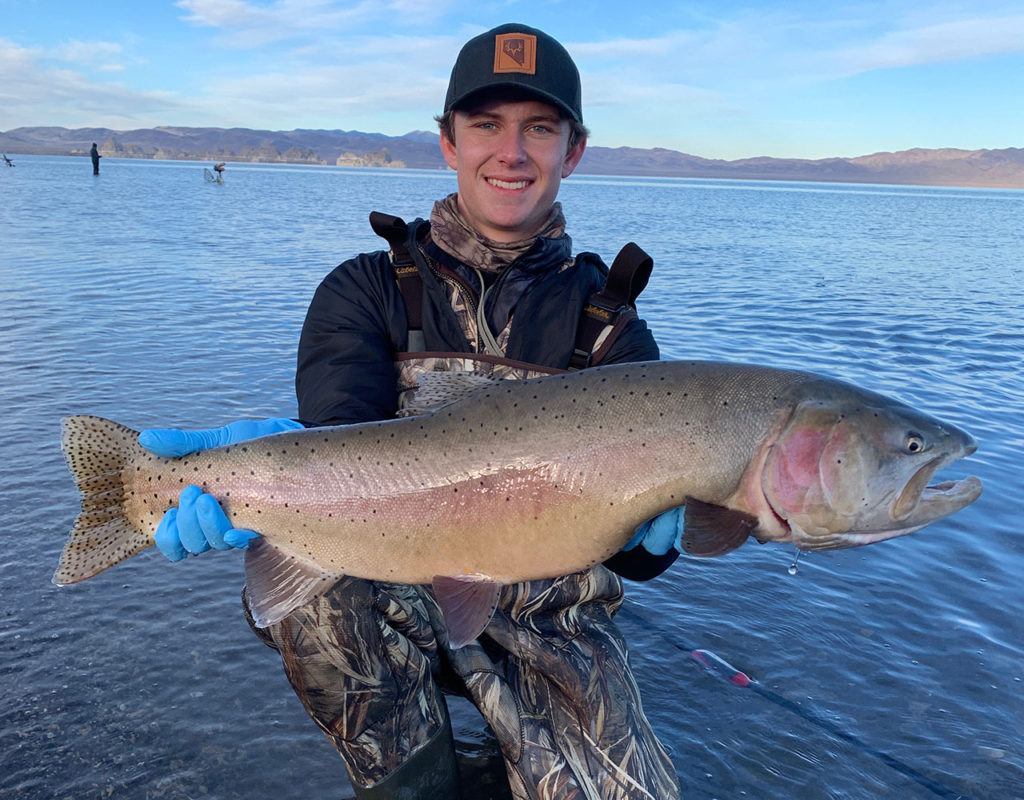 Pyramid Lake is approximately 15 miles long, 11 miles wide, and 350 feet at its deepest point. It lies within the Pyramid Lake Paiute Tribe’s Reservation 35 miles northeast of Reno, Nevada and is not only considered a valuable asset to the tribe living on the reservation due to recreation, but is also a very spiritual place.

Legend goes that Pyramid Lake was formed by a mother’s tears who missed her children. She cried for so long that she turned into stone while the water rose around her. The Great Mother can still be seen in tufa form on the eastern shore of the lake with a basket by her side.

As a desert lake, the geographical features of Pyramid are truly unique. Dotted along the banks are towering white-ringed tufas, which are very old mounds made of calcium carbonate which internally crystallize. They slowly disintegrate over time which creates tube-like fissions, pillow-like layers, and mushroom- or broccoli-looking towers. Tufas were likely formed during the last Ice Age between 13,000 and 26,000 years ago when the lake was one of seven bodies of water that made up ancient pluvial Lake Lahontan. Pyramid is now the only remaining lake out of the seven.

Anaho Island is in the middle of Pyramid Lake, however, access to the island is restricted. The Island is a National Wildlife Refuge, home to a colony of American white pelicans, California gulls, Caspian terns, great blue herons, and snowy egrets.

The Truckee River flows into Pyramid bringing fresh water from Lake Tahoe 121 miles away to mix with the alkaline lake water. However, there is no outlet from Pyramid; the rivers have long since dried up. Instead, the salinated water leaves the lake through evaporation.

Fishing at Pyramid is done a little differently. Anglers, specifically fly fishermen going after Lahontan cutthroat trout, set up ladders so they can get as deep as they can without wading above their chests. This is especially useful in the winter when the water can get pretty frigid and when the wind suddenly picks up and the waves get huge!

Another reason why anglers use ladders is due to the sudden drop-offs on the lake’s sandy floor. It is not uncommon for the bottom to go from a few feet, fine for wading, and suddenly drop to 15 feet or deeper. Alternatively, there are parts of the lake that stay shallow and won’t drop for 100 yards or more which makes casting difficult that far from the shore.

Lahontan cutthroat trout feed close to the shore but hang out by the drop-offs. Ladders can provide fishermen with height for sight, safety from dangerous water, and help with casting. Plus, it’s a unique tradition. Anglers initially used milk crates to fish Pyramid for decades which evolved into ladders, even ones that are equipped with chairs and custom features. 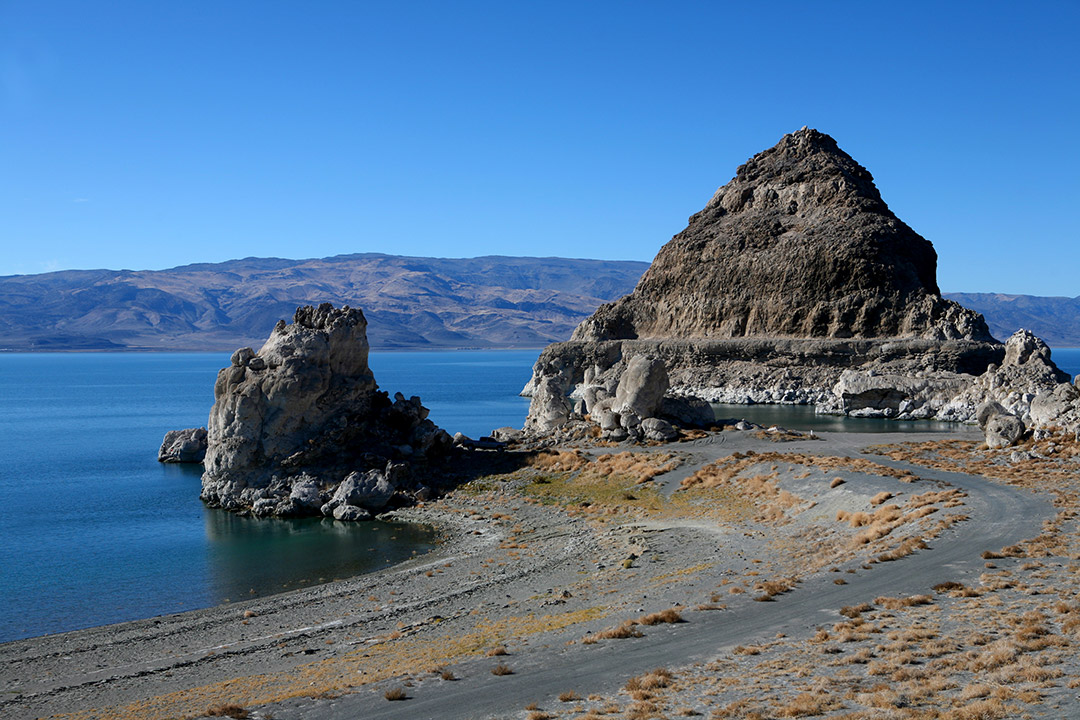 LCTs are considered threatened under the Endangered Species Act which is why it is important to follow fishing regulations. Anglers can keep up to two trout that are 17-20 inches, one over 24 inches, or one smaller and one larger.

The Pyramid Lake fishery is working to restore the population to maintain recreational angling while creating ecological balance in the sacred lake.

The Tahoe sucker is named after Lake Tahoe and is native to the Lahontan Basin. The sucker looks a lot like the cui-ui but with a thicker lower lip with an incision. They should be released if caught. LCTs actually prey on the Tahoe sucker.

There are two different types of tui chub in Pyramid: Lahontan Creek tui chub and Lahontan Lake tui chub. These are also prey for LCTs and should be released if caught.

Cui-ui are sucker fish that are endemic to Pyramid Lake. In fact, Pyramid is the only place you can find Lahontan cutthroat trout and cui-ui in the same water. Females can get up to 25 inches and weigh up to six pounds, with males being a little smaller. Cui-ui can live up to 40 years and while they aren’t endangered, their population has diminished in the lake over time.

If caught, cui-ui should be released.

Sacramento perch are native to California and are the only non-native species in Pyramid. Perch compete with the LCT for food sources but have coexisted peacefully since perch were introduced to Nevada in 1877. Fishermen can keep up to 10 perch if caught.

The state record Sacramento perch was caught in Pyramid and weighed in at four pounds, nine ounces!

Tribal permits are required to visit, camp, fish, and boat at Pyramid Lake, however, no additional Nevada fishing permit is needed. Permit prices are as follows and can be bought here.

Prime Revolution and Fishing at Pyramid

We may be hunters at Prime Revolution but we are anglers too! We love fishing our local waters and are so lucky to have world-class opportunities so close by. But we also love fishing all over the United States. Check out some of our fishing episodes here!