Unwritten hunting etiquette: it’s something that can be a large determining factor on whether you have a fantastic time while out in the woods or a horrible one. Some inexperienced, or new hunters may break hunter etiquette on accident due to a lack of time and knowledge out in the field. Others do it just to make you mad or possibly to give them an advantage over other hunters while chasing an animal. Either way, there are some unwritten etiquette rules that are important to follow for the safety and respect of fellow hunters. Here are a few of them:

If someone beats you to a glassing point or hunting spot in general, well, that sucks! DO NOT sit your butt down right by them and start glassing and hunting the same area. The unwritten rule of thumb is to leave and give the said person or persons a significant amount of space. Get up earlier next time and beat them there if that’s where you really want to be. The same thing can be said of tree stands and ground blinds. If there is another hunter nearby, you need to find another spot.

If you are driving slowly and taking your time getting to a specific area or trail head, then let people by you that are going faster than you. There is nothing more annoying than someone going 2 mph on the road and not letting people by due to the fact they don’t want people to get somewhere before them. Either pick up the speed or wake up earlier if you need to go 2 mph! Likewise, don’t be the guy flashing your brights and riding people that are going a decent speed, respect that they got up earlier than you and are going the speed limit.

If you see a random person shoot and wound an animal don’t be the jerk that goes barreling in and finishes off the animal just because you see an easy opportunity to tag out. Rather, take the approach of helping that person be the one to finish the animal they shot, or back off and allow the person to track and try to finish the job they started. Tracking and finishing off a wounded animal is part of hunting and something that every hunter will have to do at some point during their life if they hunt enough. If hunting in a group where multiple persons have tags, decide before hand if you are okay with your hunting partner finishing off an animal that you wound if an opportunity presents itself, and visa versa for other hunters in your group. Doing so will help you avoid any arguments or hurt feelings. And yes, although the actual written rule is the last person to shoot gets to keep the animal, we take the unwritten, higher law. 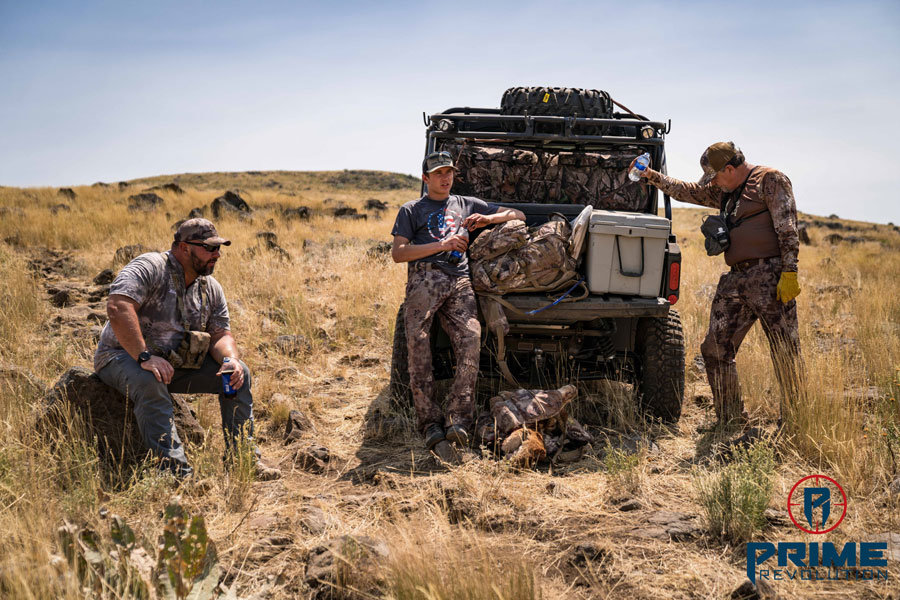 If someone takes you to a favorite hunting spot and tells you specifically not to tell other people about it or go on your own without the person there, respect that! There’s nothing worse than a hunting hot spot thief! If you want to lose a friend or get a quick punch to the face, then steal a buddy’s deer hunting spot (or even worse, blast it on social media).

Don’t be the guy that bosses your hunting buddies around and tells everyone what they can and can’t do or where they can and can’t go. “The Boss” tends to claim he knows every buck or bull on the mountain as well and has each one named. He also knows their exact age and often tells the hunting group if they are allowed to shoot a certain buck or bull based upon his knowledge of them. You will quickly lose friends and get nicknames such as, “Deputy Dan”, “Lieutenant Larry” and/or “Senator Scott”.

6. The Boy Who Cries Buck

Don’t be the guy constantly saying that there’s a big buck or bull right there when there clearly isn’t! Seriously, use your binos, or get a better pair. You might laugh, but I know a handful of guys that do this a lot and after a while, they’ll drive you insane.

If you pack it in, pack it out. That means decoys if you are waterfowl hunting, or any other gear if big game hunting. Hunting season is notoriously tough on the woods in some areas of the country. Let’s leave our environment

Whether you’re hunting on public land, on a guided trip, or on private land, use your common sense! Let’s all have some good hunting etiquette when we hit the woods, water, or desert.