How to Fish for Pike

Water dragons put up quite the fight! Northern pike, also known as water wolves, fish of a thousand casts, or freshwater sharks, are a species that give anglers a run for their money. Pike are freshwater predators and as such, are fast and aggressive. And they can get huge! These monsters always make for great trophy fish photos and pretty good tacos, too.

Here at Prime Revolution, we are anglers as much as hunters, and pike are some of our favorite fish to chase. Want to know more about how to fish for pike? We’ll teach you everything we know!

Pike, esox lucius, are long game fish with sharp teeth and a pointy face, forked tail, and bean-shaped spots. A good way to identify a pike is by flipping it over and counting the number of pores under the chin. Pike have four or five pores under their jaw and scales all over their cheeks.

Pike and muskellunge (muskies) look pretty similar but have different markings. Plus, muskies can only be found around the Great Lakes and along the Appalachian Mountains while pike can be found in most of the northern U.S. 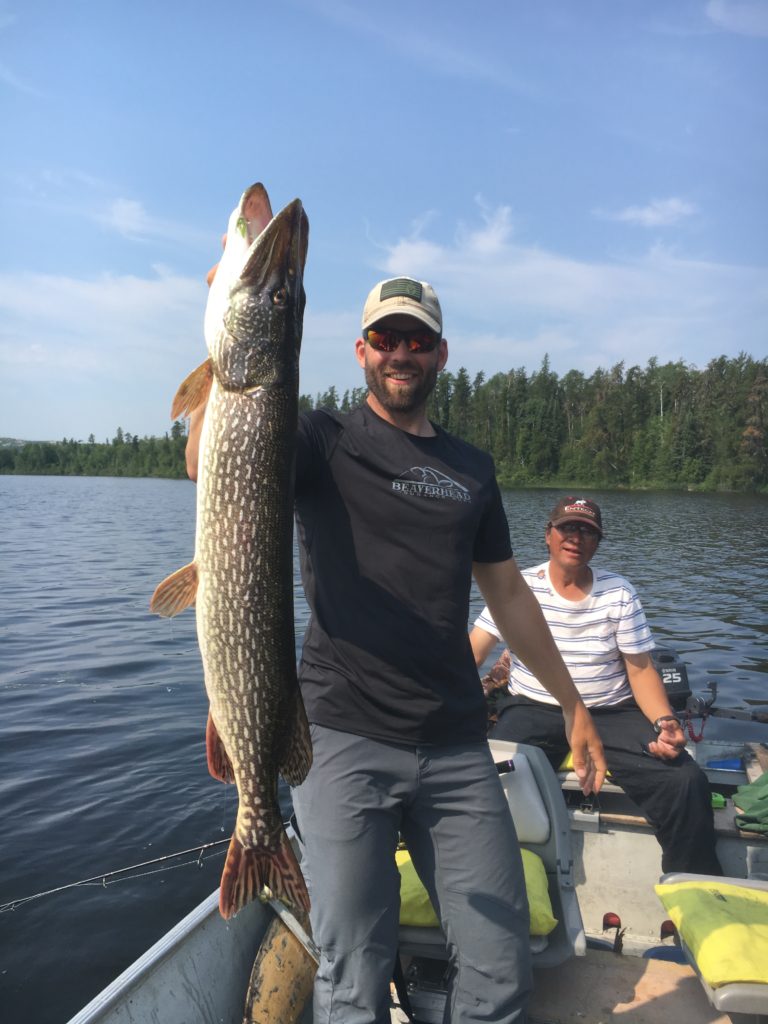 All photos property of Prime Revolution

You can fish for pike all over North America from as far north as Alaska and Labrador to as far south as Oklahoma and Arkansas. As sight predator fish, they ambush their prey by hiding in thick vegetation in lakes and rivers while waiting for smaller fish to swim by.

Springtime is the ideal time to fish for pike. Vegetation isn’t as thick for them to hide in and they’re hungry! Plus, by early spring, pike spawning in shallow water is complete and they are ready to hunt.

Because pike have such sharp teeth, you’ll need a heavy leader they can’t bite through. We usually fish with 20- or 30-pound wire leaders or fluorocarbon leaders, braided lines, silver minnows, and even live baitfish to mimic prey. Lures should be bright, like white, yellow, chartreuse, or orange, and should put off vibrations or noise to entice the predators (you can try a spinnerbait, spoon, or buzzbait to make some noise). We typically bring our bass fishing setups on pike fishing trips which include medium-heavy action rods with baitcasting reels. 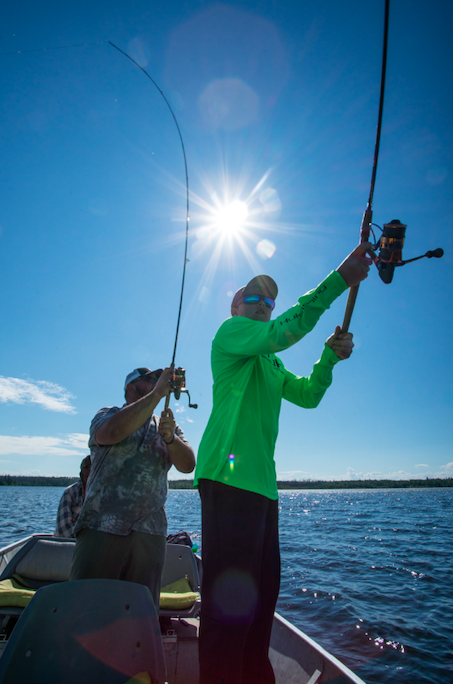 When chasing big pike, you have to think like a big pike. They eat everything and anything and are known in the fishing world as some of the greediest big fish out there. There have been stories of pike eating anything from unlucky birds floating on the surface to mice on the shoreline to another pike if they’re hungry enough.

Pike will stay ambushed in the underwater brush waiting for prey to swim by, so consider dropping your line in deeper water with the motor trolling and dragging it in front of weed beds or drop-offs to try to lure pike from hiding places.

Other good tools to use when pike fishing include a net, needle-nose pliers, and a jaw spreader. When you land a thrashing pike, you’ll need to bring it up with a big net. Once you have it close, don’t get any closer. As in, don’t lean in for a kiss for a photo.

There’s a famous fish tale of a Russian ice fisherman getting too close to a pike’s face and having to go to the hospital to get the fish surgically removed after it bit down on his nose!

If you are releasing the pike, pliers and a jaw spreader can help remove the hook from a pike’s mouth without getting your fingers too deep in there. 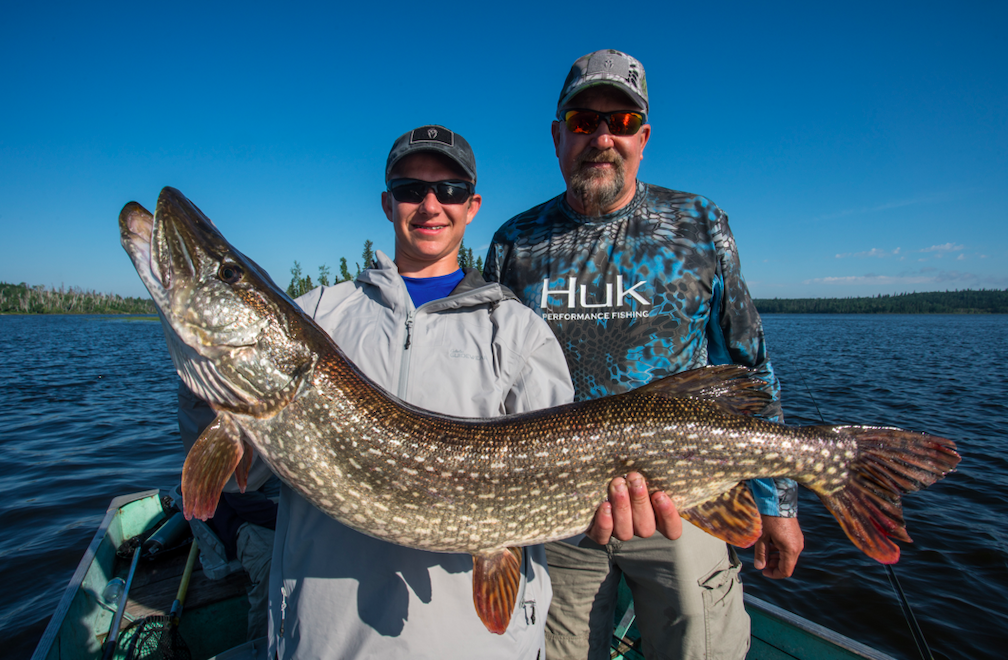 All photos property of Prime Revolution

Pike fishing trips are always exciting. Since humans are pretty much the pike’s only predator, it’s a true testament to being a hunter. Pike anglers are a special breed!

Go down memory lane and watch Episode 6 from Season 1 when we went up to Ruffos Sportmans Lodge in La Ronge, Saskatchewan Canada with the whole fam damily! Our annual pike and walleye fishing trip up north is something we look forward to every year!