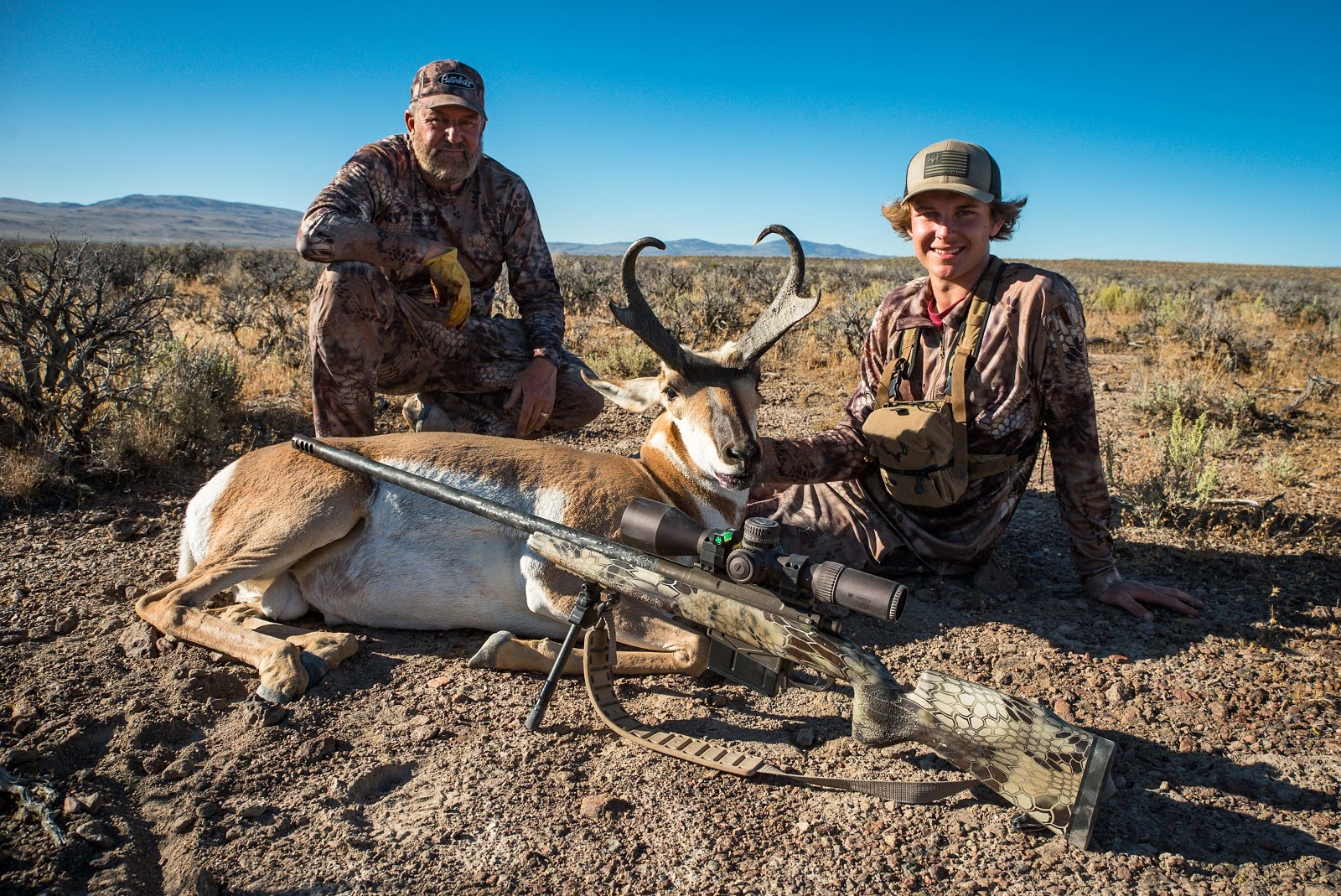 Pronghorn antelope are known to be a challenging quarry for hunters with their keen eyesight and fast speed. They’re the fastest hoofed animal in North America and can clock in at 60 miles per hour! That’s where they get the nicknames speed goats, sage rockets, and prairie racers.

Pronghorn love the Nevada landscape with its gently rolling hills dotted with sagebrush, one of their favorite foods. The wide-open high desert makes it easy for them to spot predators leading to those white rumps flaring. Hunters flock west from all over to pursue antelope; the meat is tasty (antelope backstrap, anyone?) and the catch is rewarding.

Here’s what you need to know about hunting antelope in Nevada.

A typical male pronghorn weighs between 90 and 125 pounds and stands at 30-40 inches at the shoulder qualifying it as big game. Females are slightly smaller. Both sexes of antelope are distinctly marked with cinnamon-colored hair along the backs with white chests, rumps, and bellies. Both have recognizable black masks, however, the male antelope mask is much more defined. The most notable characteristic of a pronghorn are the horns. 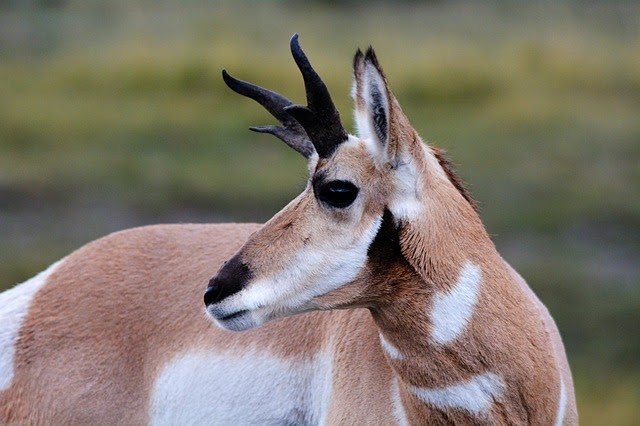 Average male horns can stand at 12 inches, gently curving toward one another, or toward the back or front, with one distinct prong also facing either back or front. However, horns can vary and be quite unique with some laying flat and wide and others with the prongs pointing strange ways. Unique pronghorns are the ones hunters proudly mount.

Female pronghorns have much smaller horns if they have them at all.

The NDOW manages the pronghorn population in Nevada. By annually surveying the land and counting the herd numbers, hunting tag limits and season dates are adjusted appropriately. Pronghorn are most prolific in northern and central Nevada due to NDOW’s transplant projects and adding water developments throughout the state.

In fact, even while Nevada experiences drought and changing climate conditions, the pronghorn population is actually increasing allowing for plenty of hunting opportunities. 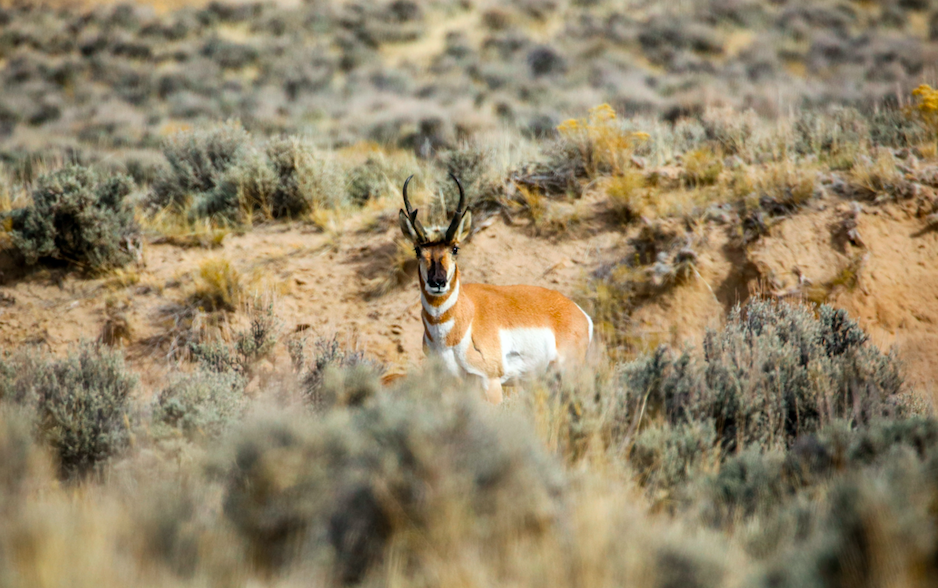 Antelope hunts are spot and stalk or ambush hunts, though most outfitters, if you decide to go that route, will scout for you. The application deadline in Nevada is usually mid-April or early May with the hunting season running in August and September, depending on the unit.

Big game tags in Nevada include pronghorn antelope, mule deer, elk, bighorn sheep, black bear, and mountain goats. All hunters 12 and older must have a hunting license and once they apply for a tag, they are put in a random draw process that takes place in late May or early June. All remaining tags are distributed in early July on a first-come, first-served basis. As of the 2020/2021 season, hunters can obtain one tag for an antelope with horns longer than their ears or antelope with horns shorter than their ears.

The 2020/2021 big game application deadline is May 4 with the first draw results released May 22.
Individual hunt unit dates can be found in this year’s regulation catalog.

Antelope hunting is one of our favorite pastimes here at Prime Revolution. In fact, the first tag Michelle Capurro, Prime Revo show host Clint Capurro’s wife, ever drew was one for an antelope. Watch her hunt here.

We wait all year for the summer to fade and autumn to arrive for our favorite big game hunts. From elk to mule deer to antelope, we love chasing those hoofed beauties! Check out our past hunts here.