We love eating and cooking wild game. Recently, a friend of Prime’s brought over some ground bear meat and it was Tuesday so…tacos were on the menu!

Ground bear meat is very much like ground beef but it’s much tastier. This black bear was taken in the fall and was relatively young, three years old we think, which, for new hunters reading this, matters!

A younger bear that has been eating berries all summer provides some sweet meat. Alternatively, if you get a bear that’s been bulking up on salmon all summer you might taste that too… but that’s the beauty of wild game! So many flavors. 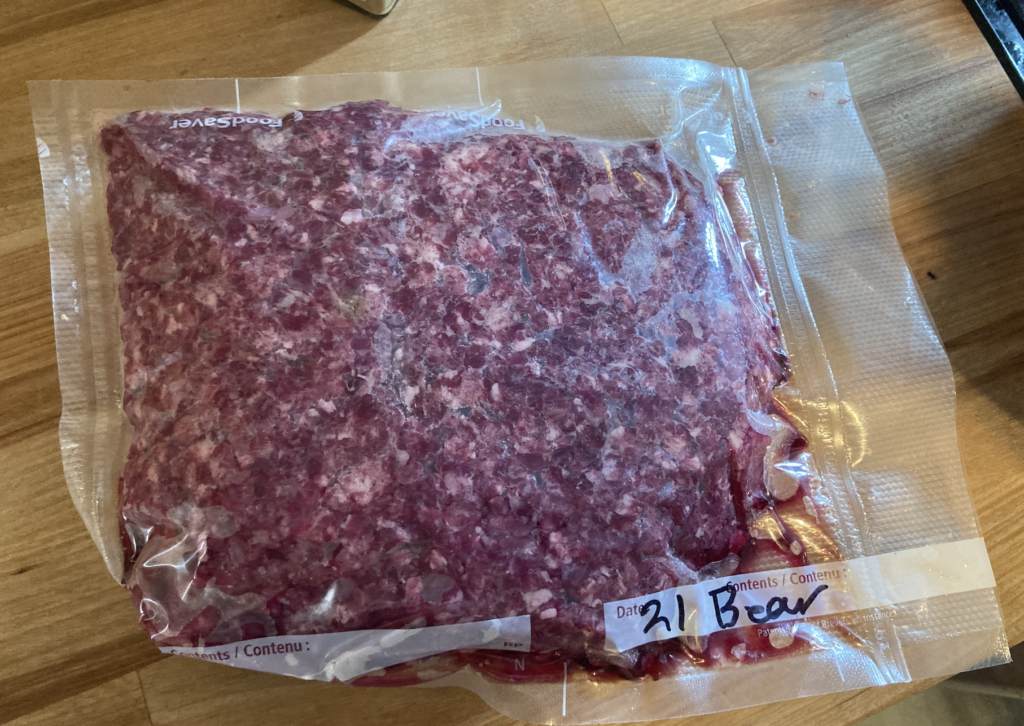 Anyways, this bear was really yummy. We congratulated our friend on getting us some good meat. 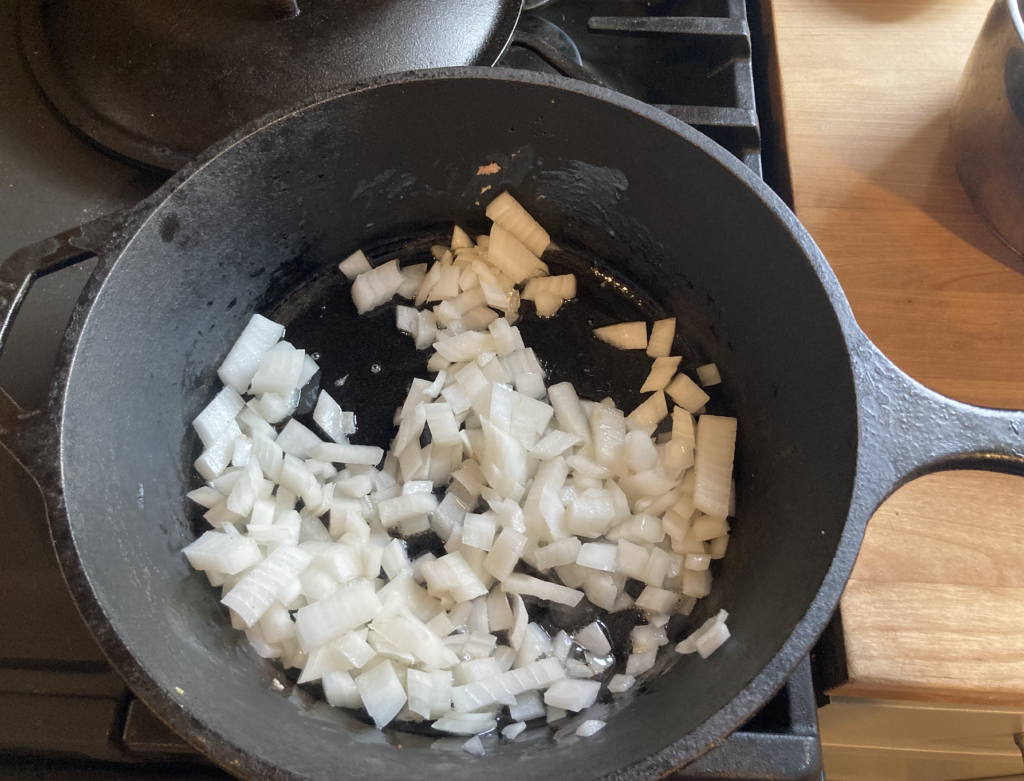 First, we diced and sauteed half an onion and a clove of garlic over medium heat in the cast iron skillet we had used to cook bacon for breakfast. The leftover grease provided some extra fat and rich oils which were helpful to break up the ground bear, which we added next.

That’s another misconception about bear meat, that it’s super fatty. It depends on what time of year you harvest the bear. If it is getting ready to hibernate, then you might get a lot of fat. If it is springtime, you might get leaner meat. This bear was right in the middle but bacon grease just added some extra deliciousness.

Next, we flavored the mix with some cumin, coriander, salt, and ground black pepper, and let it stew! This is also a very important step- make sure to let bear cook over low heat for a good amount of time.

Bears can carry the parasite Trichinella which can cause trichinellosis or trichinosis, a disease that causes pretty severe stomach pain and potentially lasting symptoms until you pass the infectious worms. Sorry- ick factor! But there can be parasites and harmful bacterias in all food!

Just make sure you cook bear meat thoroughly and temp it internally to at least 160 degrees Fahrenheit. We remember when Steven Rinella and his crew got trichinosis after eating bear in the field and nobody wants that!

We diced up some sweet peppers and made this awesome copycat Frank’s Red Hot Sauce from scratch. Finally, we garnished our black bear tacos with avocado and iceberg lettuce. Delicious!

While the tortillas we used were bought from the store, you can easily make tortillas from scratch too! Other great garnishes that we added on second and third and fourth tacos (not pictured) are shredded cheese, sour cream, and cilantro. 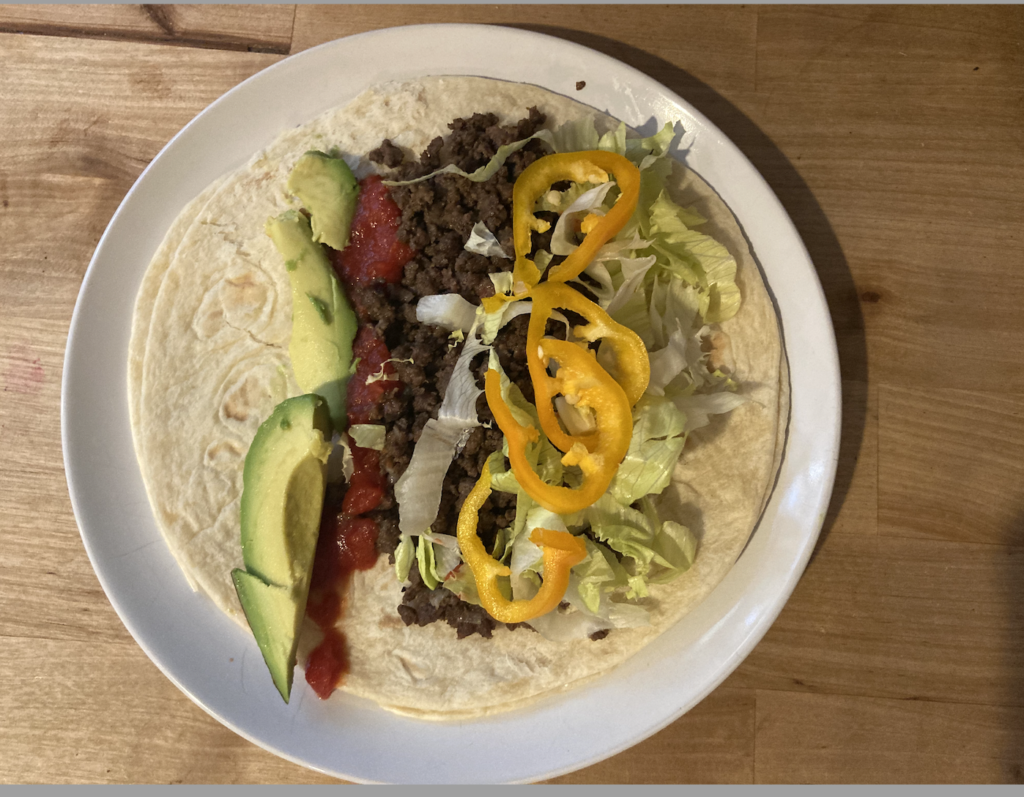 Bear tacos make for such a quick and easy meal and are a great example of how nobody should be intimidated by cooking wild game. The prep time is minimal, the meat is delicious, and we know it’s “organic” and fresh. You can taste the bear’s natural diet. You can’t do that with a chicken nugget!