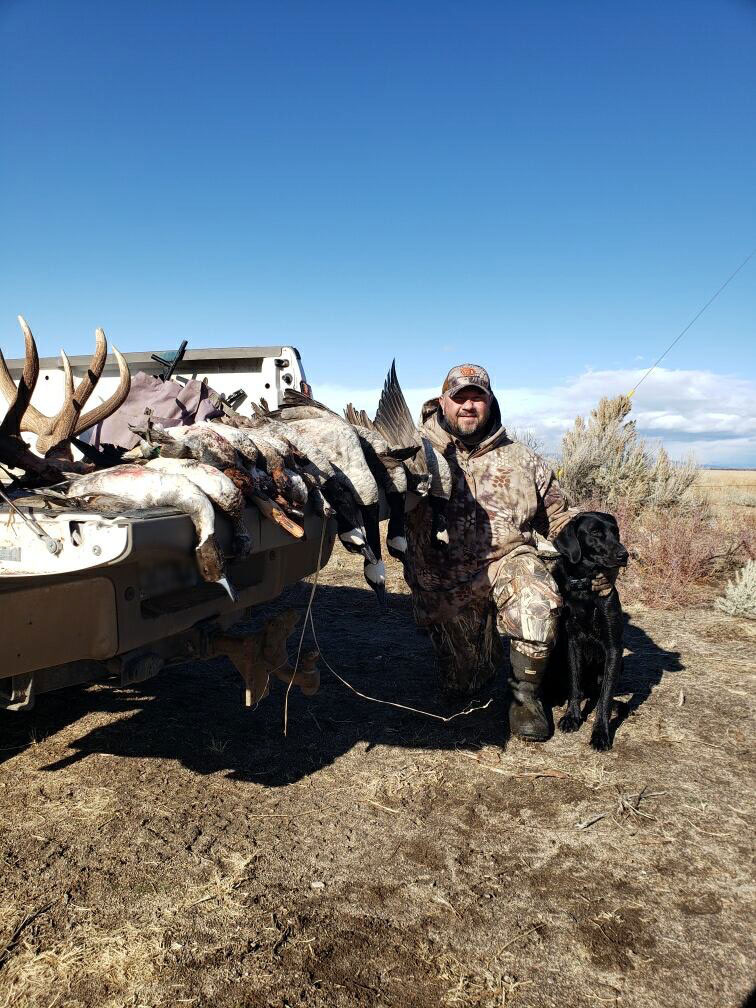 (this article has been updated to show 2021 hunting season dates)

A true hunter doesn’t mind what they chase. While we are partial to big game hunting at Prime Revolution, we will never turn down the chance to bring home some waterfowl. Duck breasts are a tasty treat and it’s a great opportunity to let our dogs help with the hunt. 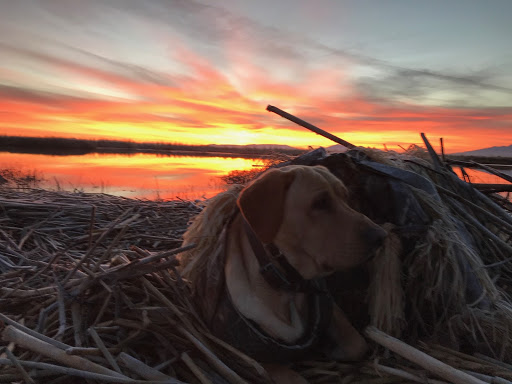 Here’s all you need to know about duck hunting in Nevada.

Migratory game bird season is always in the fall and early winter, usually starting in October and running into December. This year’s duck hunting season (2021) starts in late September for the Northeastern Nevada zones (Elko and White Pine Counties). The rest of Nevada opens in October and the season ends in January.

See below for specific dates and bag limits on different duck species (mergansers, pintail, redheads, canvasback) according to Nevada Department of Wildlife (NDOW):

*The combined daily limit on all ducks is seven including no more than two hen mallards daily (6 in possession), one pintail, two redheads, two canvasbacks; The possession limit is three times the daily limit (21).

These regulations apply to resident and non-resident hunters.

It’s important to note that duck hunting hours are from a half-hour before sunrise to sunset per Nevada law. Duck hunters in Nevada must also, obviously, have a hunting license and a Federal Migratory Game Bird Hunting Stamp ($25). They must also put the Harvest Information Program (HIP) validation number onto their hunting license which most NDOW officials will know and can tell a hunter when they pick up a stamp or license or by calling 1-855-542-6369. 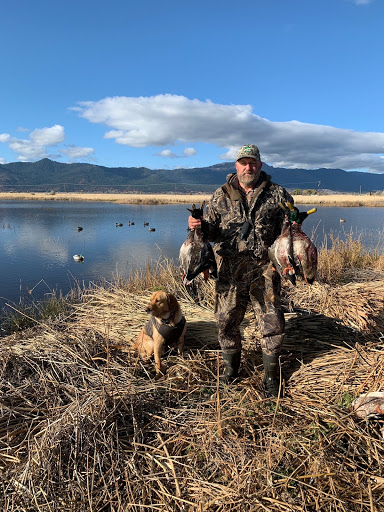 There are generally four types of duck that Nevada waterfowl hunters will encounter.

These are dabbling ducks which means they tip forward to feed on underwater plants. Mallards are also the most recognizable duck species. The females are brown with a blue section on their wings while males have shiny green heads and yellow bills that represent the typical duck profile.

Pintails are sleek and slender ducks and are also dabbling ducks, feeding on underwater seeds and insects. They can also be found waddling around fields and wetlands looking for food. A male pintail has a long pointed tail while a female is brown with a fuzzy head and a geometric feather pattern.

Redhead ducks are diving ducks that feed mostly on deeper aquatic vegetation and invertebrates. The male is easily recognizable with a cinnamon-red head and orange eye while the female is a mouse-brown with a black bill.

Mergansers are fish-eating ducks and females are the most recognizable by their spiky red crests that come off the backs of their heads. Male mergansers have shiny green heads like mallards but their bodies are much longer. 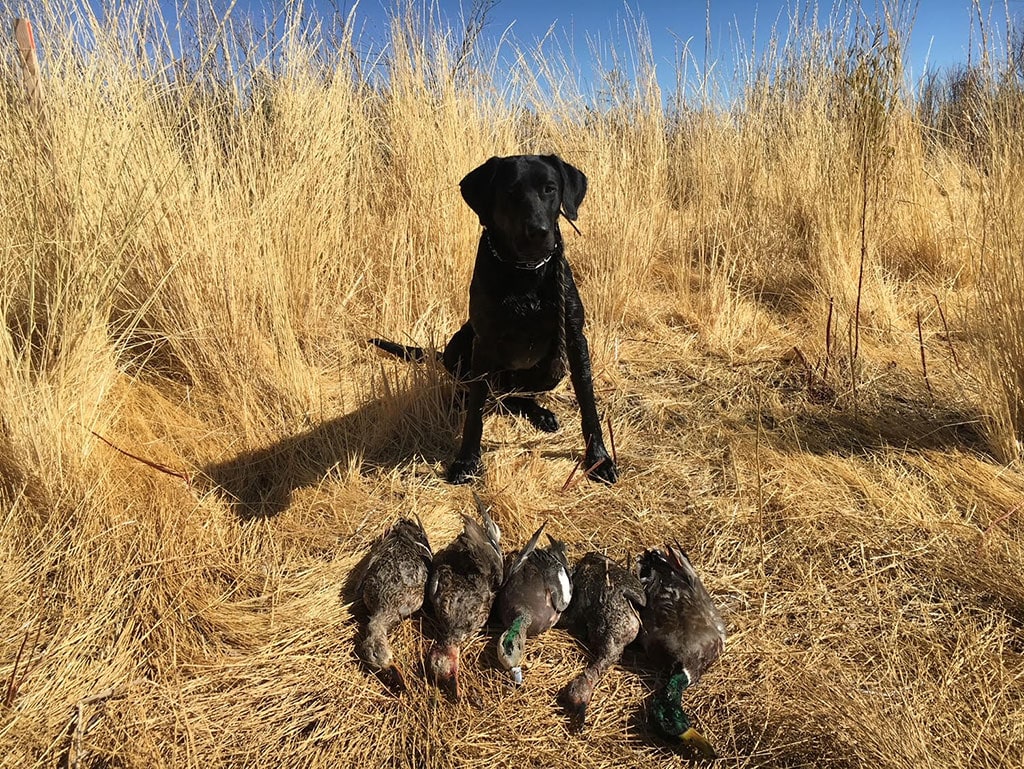 Seasoned waterfowl hunters know that a few decoys and some camo go a long way when waiting for ducks to take off overhead. Muzzleloaders or shotguns must be filled with nontoxic shot and shotguns must be plugged to three shells as the capacity limit.

Duck hunting is also better with a good retriever to go wade or swim after you bring some ducks down!

Remember that the duck’s head or fully-feathered wing must remain attached when returning from the field. 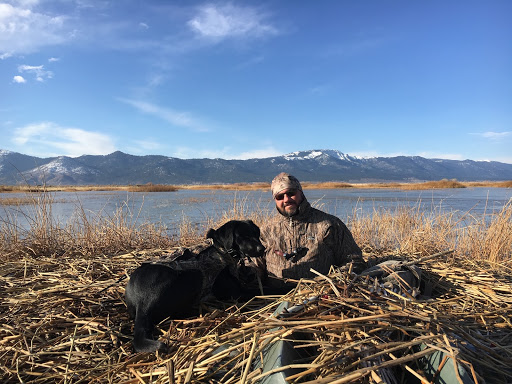 We love duck hunting at Prime Revo as much as the next outdoorsman. Heading down to Mason Valley or Washoe Lake south of Reno with our Labrador Retriever,Rocky, to go waterfowl hunting always makes for a great day. Filling the freezer with delicious duck is a bonus!

Check out this episode from Season 1 when Mike Dianda and Clint Capurro take their boys duck hunting. A good duck call takes practice!