“You need to come look at this bull!” Those were David’s words to me when we talked on the phone one fall day. I had an archery elk tag and David had found and filmed a giant 6×7. We looked over the film and felt confident that the bull was over 400 inches.”

Gone and Back Again

The next couple days were spent looking for the bull, but we came up empty-handed. I had gone to look for another bull I had seen a week earlier, and David stayed looking for the big 6×7, and of course, found him again!

I went back to find the bull with David, but again, we were unable to turn him. Since it was getting towards the end of the hunt we went back to look for the bull I was hunting separately of David.

I was lucky enough to find him again and I got it done on the second to last day of the hunt. He ended up at 390 2/8 net and was the 2nd biggest typical elk taken in Nevada that year. Not bad, huh?

As we were watching film trying to decide if Mike should go after a particular bull, David shared with Mike a great saying, “if you don’t like big bulls, don’t shoot it.” Mike ended taking David’s advice and killed the giant bull which grossed 415 inches. David was also on Julie Dianda’s hunt when she killed a big typical 7-point bull.

It’s now 2018 and my uncle David has since passed away. Not a day goes by that we don’t think about him and miss him. David and Mike Dianda of Prime Revolution were a lot alike and connected well on Mike’s last elk hunt that was in 2012.

This connection that the Dianda family had with David becomes particularly special as I transition into the next part of my story. It starts out with Mike getting lucky in 2017 and drawing another bull elk tag and contacting us to take him out again.

This is where the story gets interesting.

In 2016, we didn’t get a chance to hunt David’s bull, but I was lucky enough to pick up his sheds. Remember, David’s bull is the bull that he found for me during my archery hunt, but every time I tried to go after it, it would disappear. Only David could ever set eyes on this bull – he wouldn’t show up for anyone else.

Early on in 2017 we finally found him again and he looked great! We had hopes of finding him during the hunts, but, of course, he disappeared like a ghost. Mike, Julie, Joey and I went out opening day looking for a bull my dad had found during the muzzleloader hunt.

That evening I went up top to glass while Mike and his family looked from below. About 30 minutes before dark I spotted HIM, but we didn’t have enough time to get on him that night.

The next morning, we planned to go after him. We walked down to a big rock bluff and started to glass. It wasn’t long before I spotted the little bull he would usually hang out with. I knew the big bull was there in the trees somewhere, but it was so thick. After a little while, I felt the wind pick up and start swirling. As soon as I picked up my glass I watched the small one take off running.

I told Mike to get ready and that they would probably come up the other side. Unfortunately, we were unable to get it done which ended up being a blessing in disguise. After a few more days of hunting with no luck, Julie and Joey had to head home.

We told Mike to run them home and that guides Russ and Eric along with myself would go check out another spot that I had in mind. Around 3 o’clock we met up with Russ and then Mike showed up and we ate some lunch. Russ showed us pictures of a decent bull that he had spotted.

After looking at that bull Mike made the decision to go after it since time was running out. 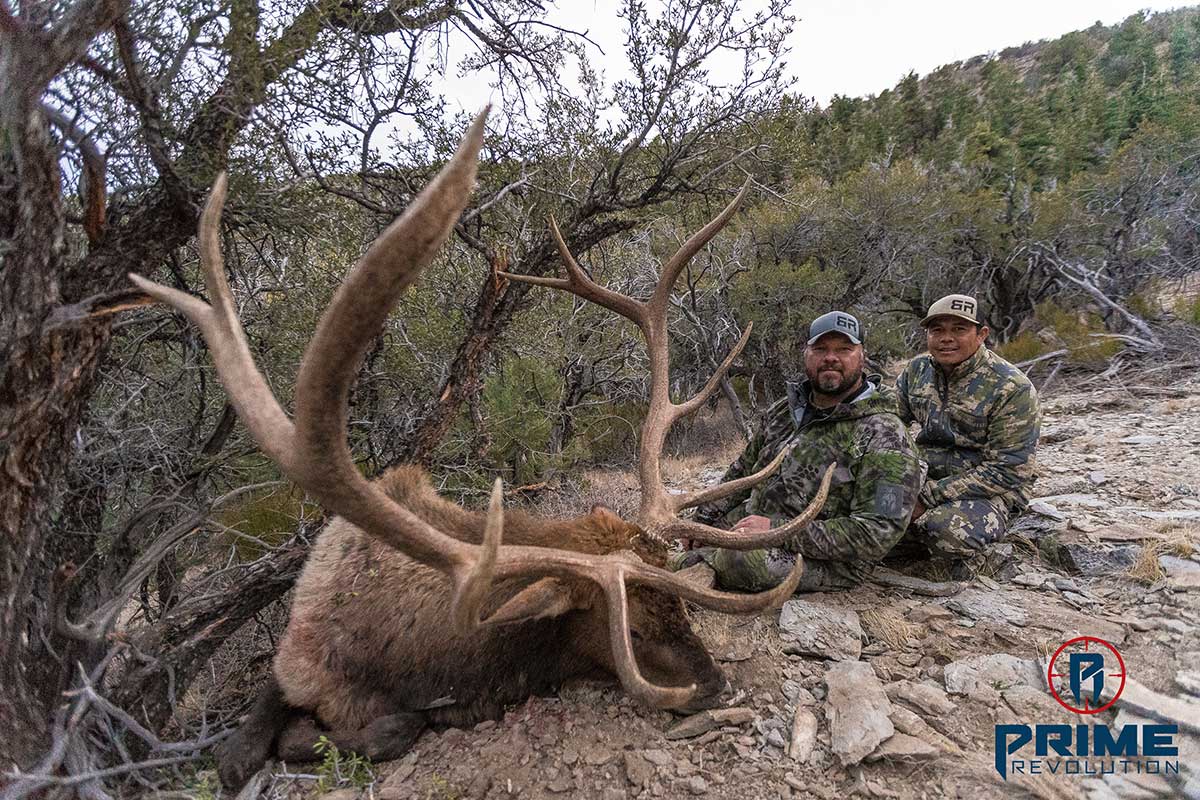 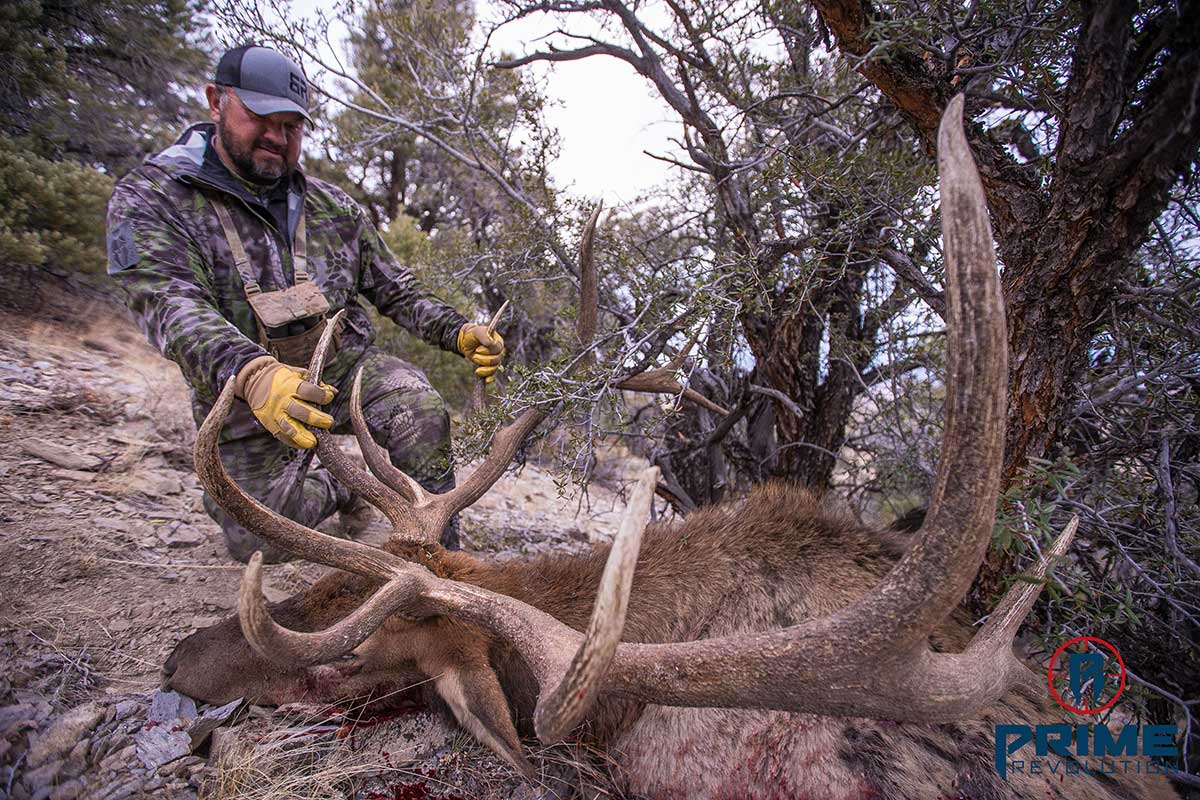 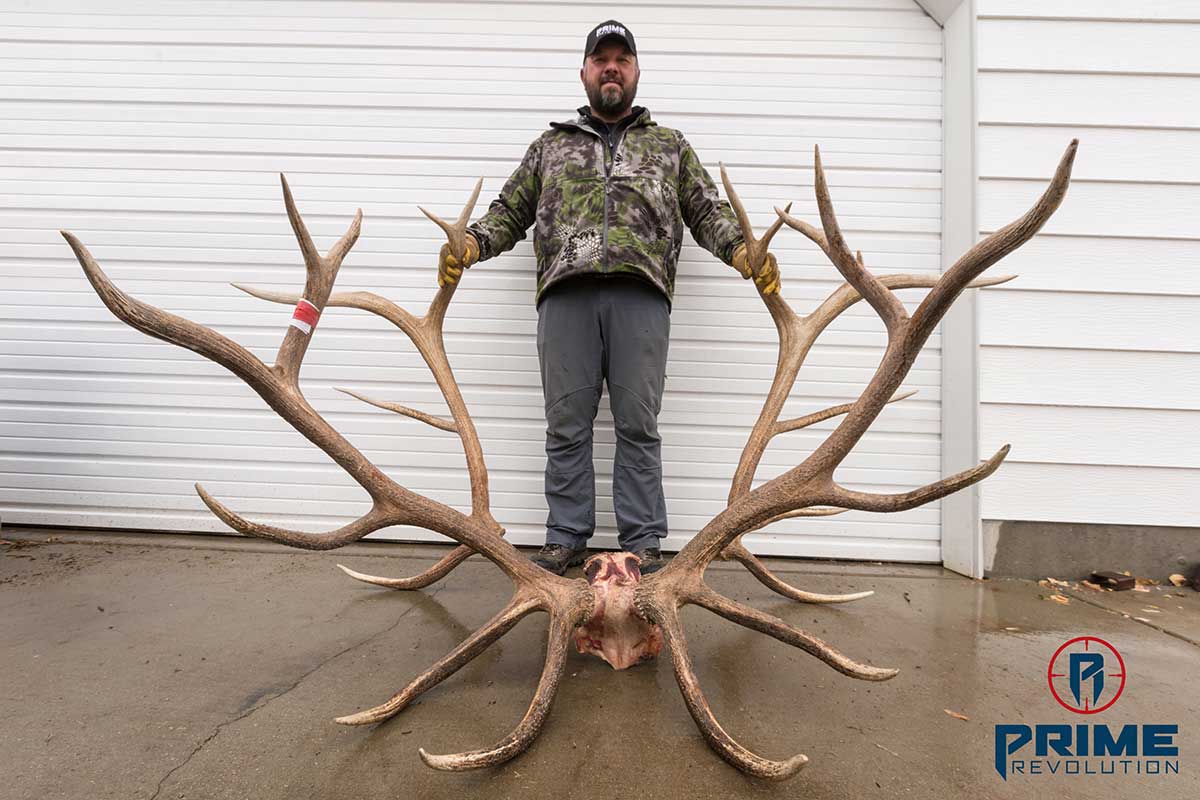 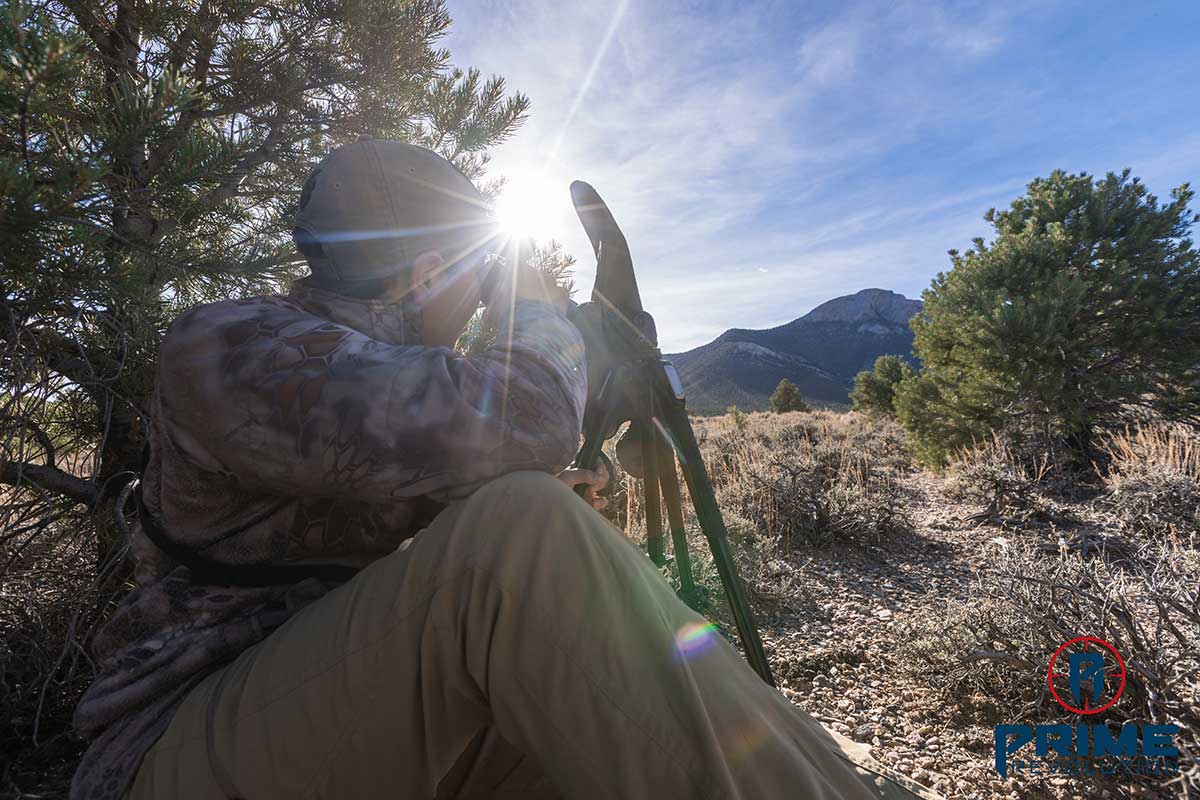 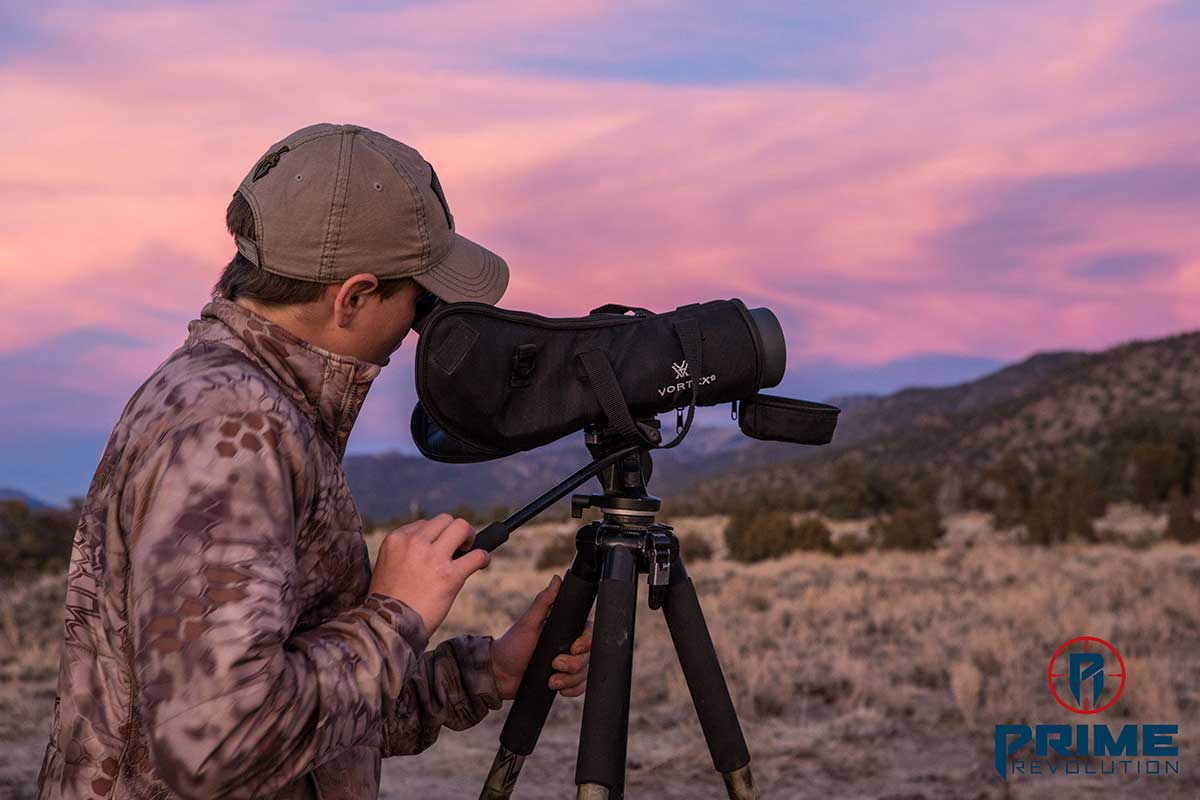 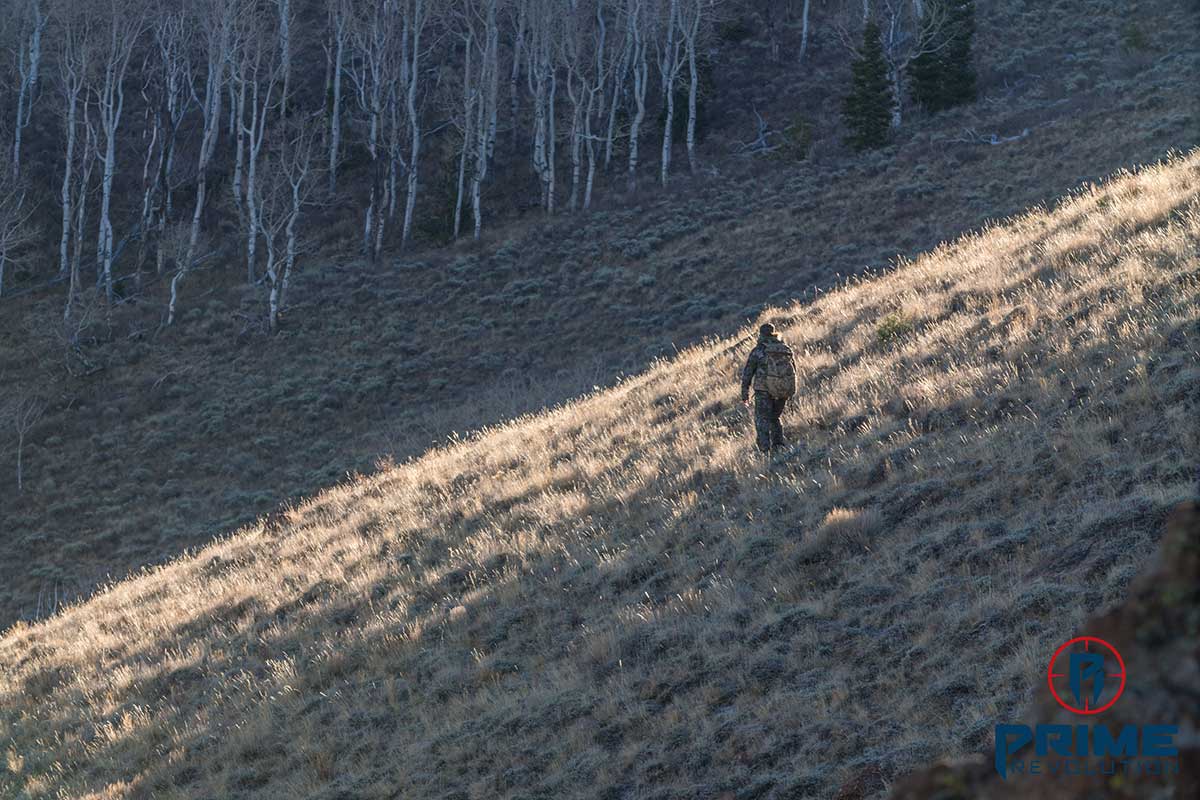 We headed over to the area to look for the bull. After glassing for a short period of time, we glassed up a nice bull and when I got a look through my spotting scope I knew it was a different bull than the one Russ had spotted – it was DAVID’S BULL!

I never told Mike it was a different bull than what Russ had spotted. After we first topped out we were within range, but it was a little too windy to risk it on a bull of this caliber.

Mike and I decided we had enough time to get over one more ridge which cut the distance almost in half. Once we got to the next ridge we set up and Mike was ready to rock. The first shot hit the bull and it bolted straight towards us. We held our position and began to listen. After not hearing anything for some time we slowly walked towards where we had last seen it.

After about 50 yards Micah spotted the bull only 40 yards away. Mike hammered him again and we knew it was over. On our way down to the bull I told Mike I might get emotional and that this was a different bull than we had showed him.

I told him that it was David’s Bull that he had found for me when I had my archery tag. While at the bull we shared some laughs, tears and stories about David. He was an awesome uncle, amazing dad and loving brother to us all.

I’m glad Mike could spend some time with David and get to know him from other hunts, because no one else would have appreciated the moment like Mike did. They got along well and I’m sure David was happy and smiling that Mike was the one to harvest this beautiful bull elk. 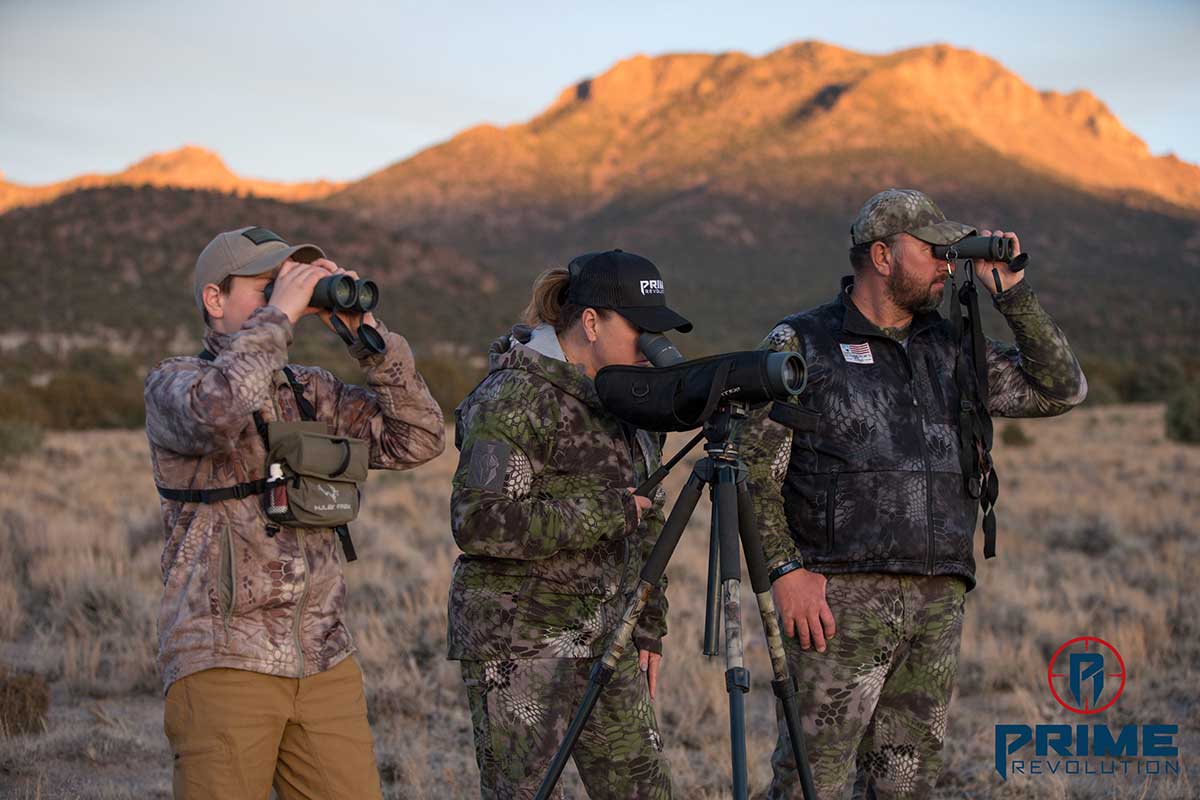 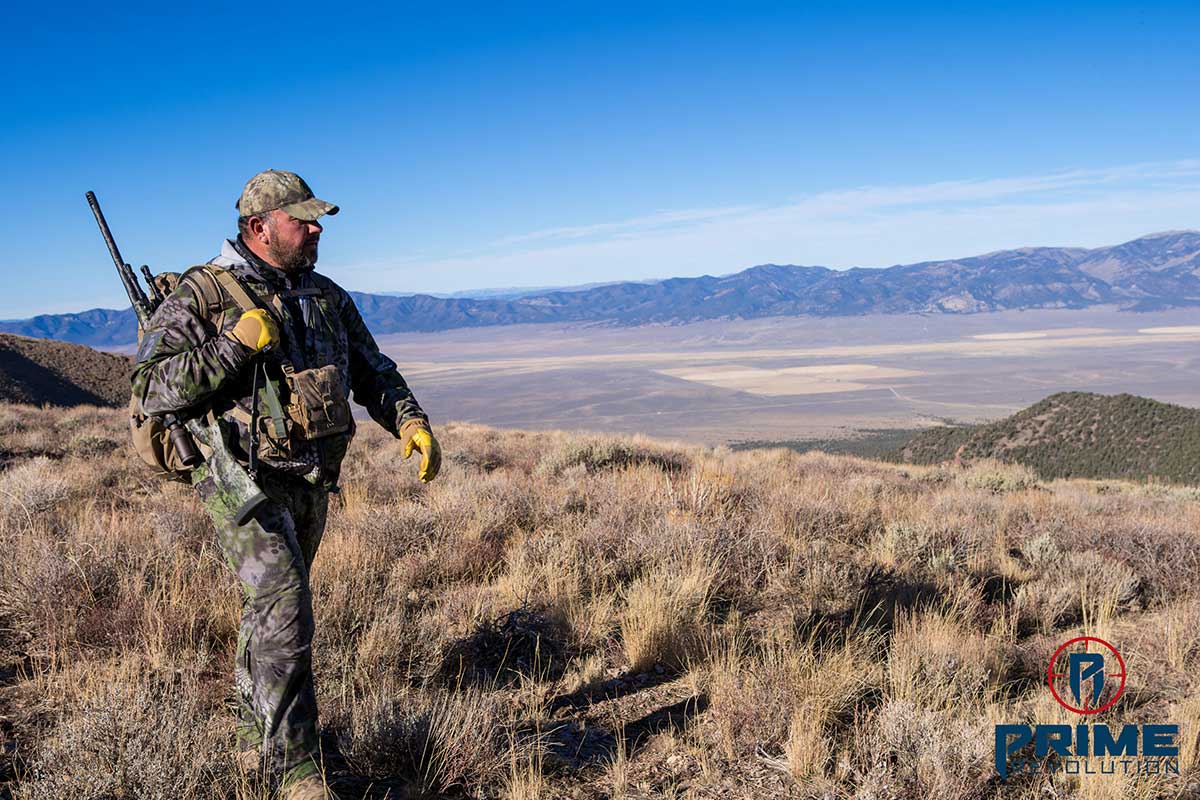 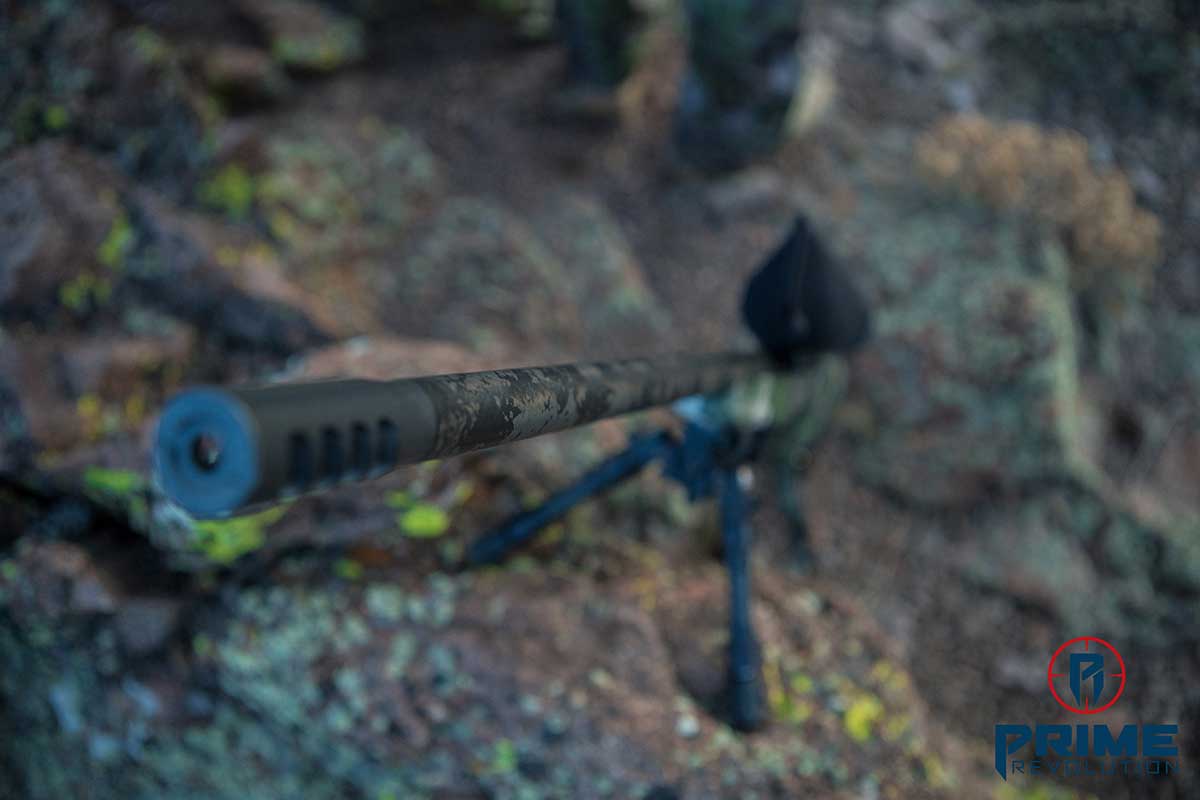 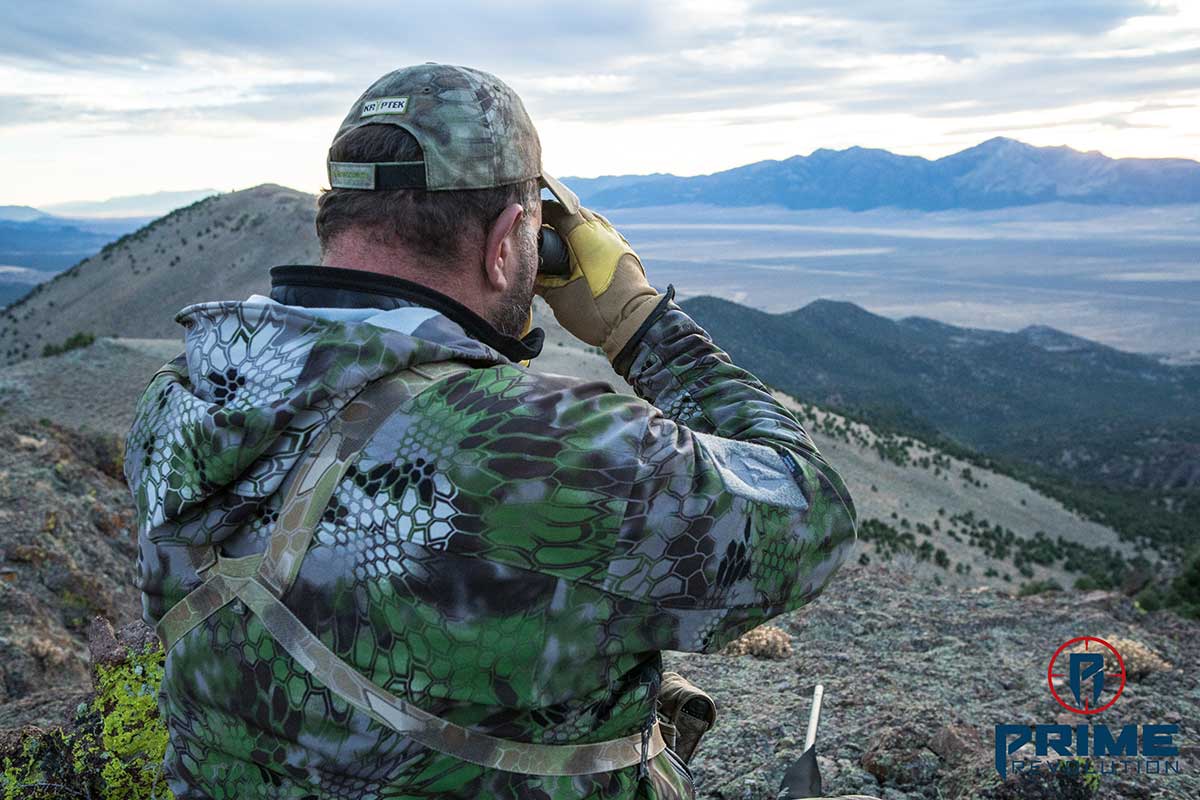 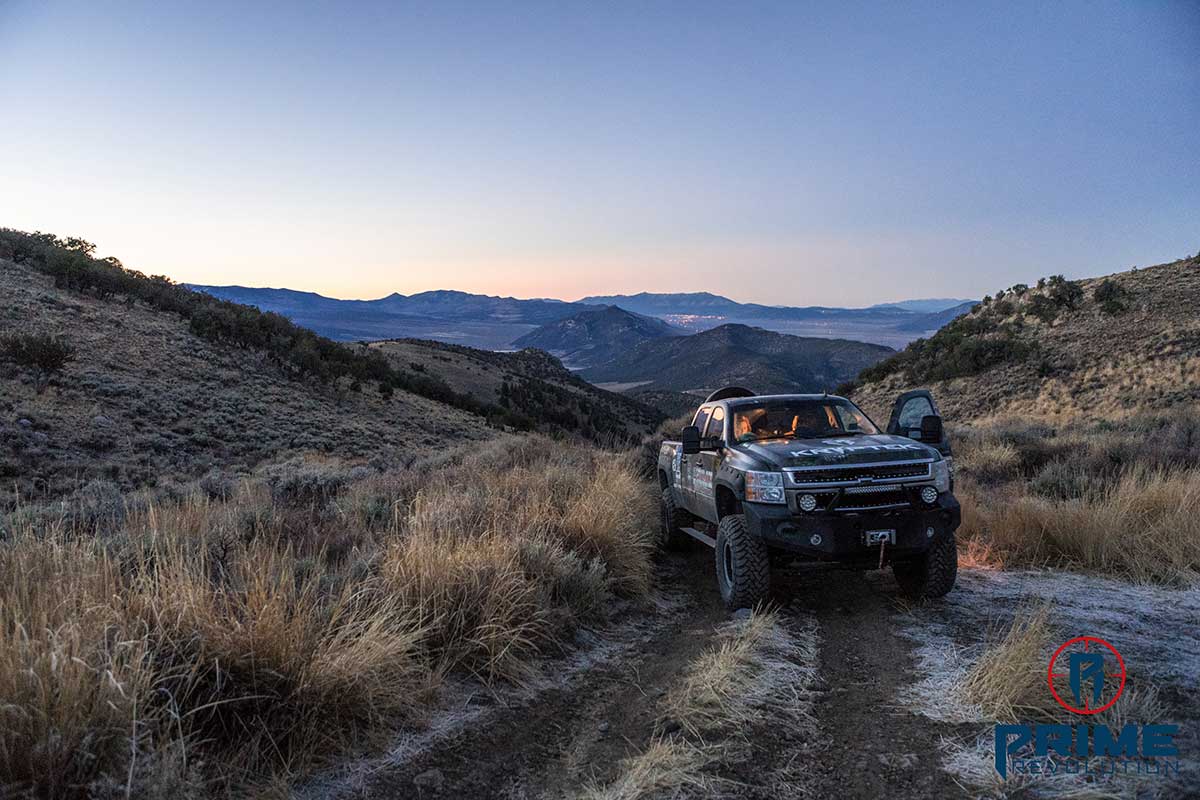 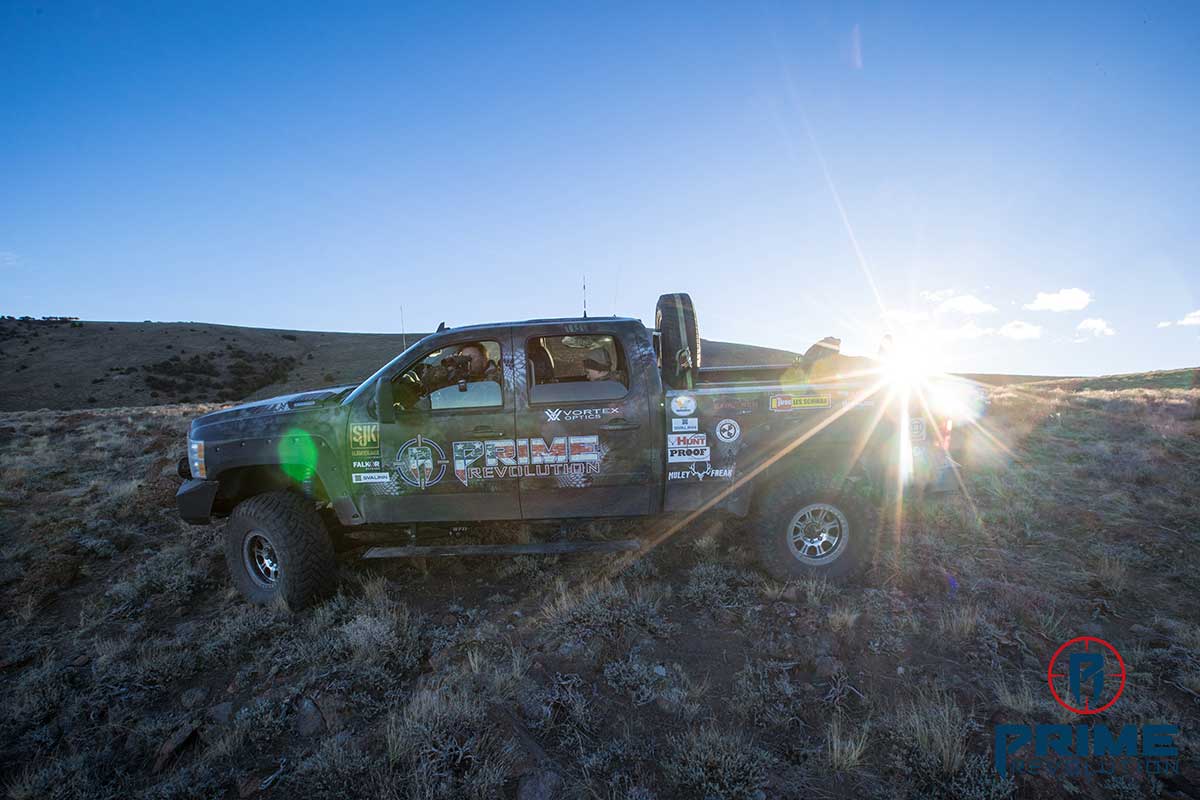